It’s impossible not to be seduced by the ethereal beauty of French Polynesia’s world-renowned Tahitian Pearls.
These romantic gems are synonymous with the exotic mystique of our Pacific islands.

So, it comes as no surprise that countless people have recognized the inherent value of what Tahitian pearls represent. However, one jewelry brand stands out among the rest, through its reputation for excellence and total devotion to the craft of Tahitian Pearl jewelry.

Tahia Exquisite Tahitian Pearls was born out of a single young woman’s vision, nearly three decades ago. It is the remarkable story of a small family business grown from modest beginnings and becoming one of the most renowned jewelry brands in French Polynesia, joining the elite ranks of luxury brands around the world. 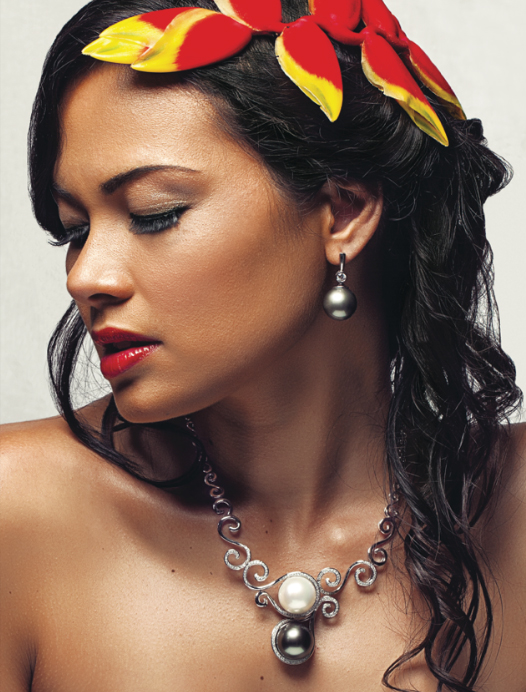 Here are the important dates that have marked our story: 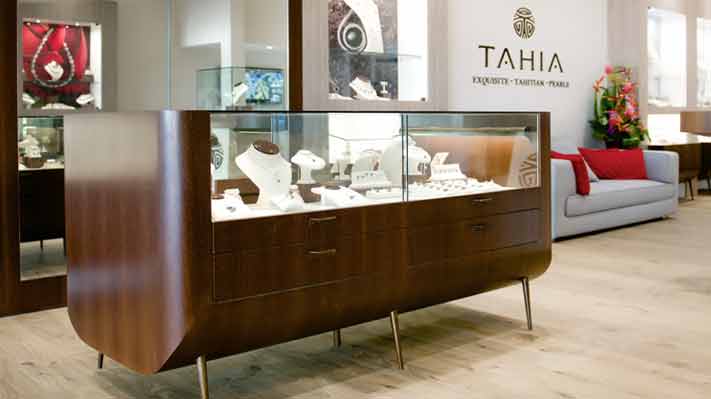 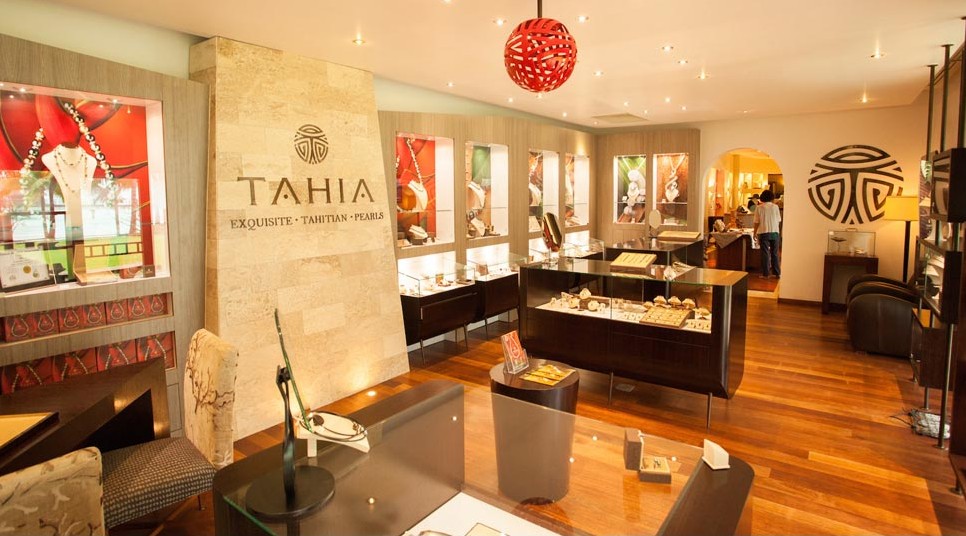 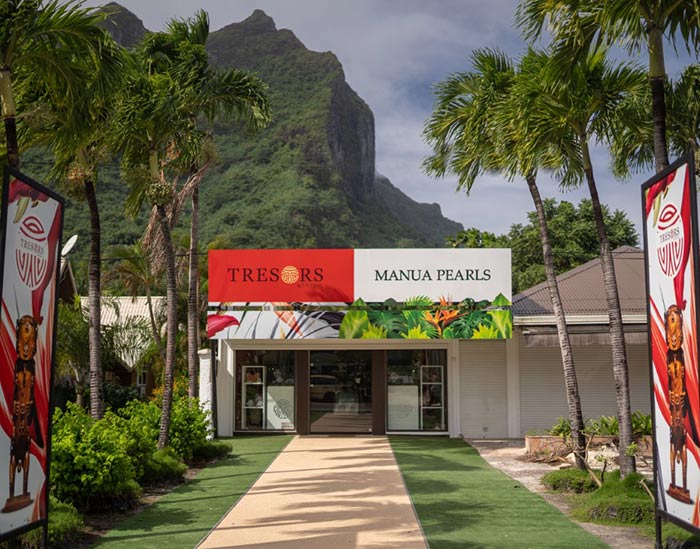 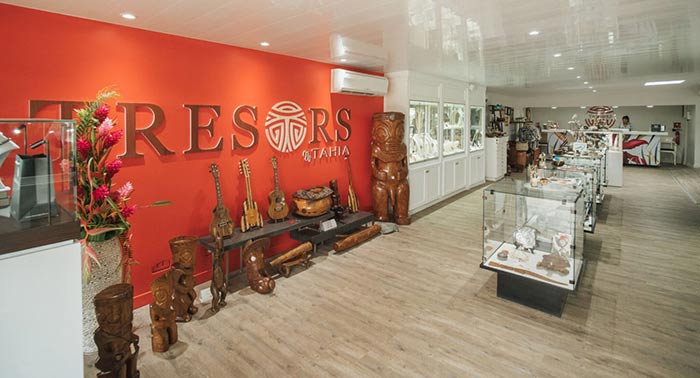 1993 At just seventeen years old, Tahia Haring decides to pursue her lifelong dream of becoming a luxury jewelry designer. After meticulously studying the art of jewelry, her story begins with the opening of a small, modest shop located across from the Club Med hotel in Moorea’s main shopping District: the very first Tahia Exquisite Tahitian Pearls boutique.

1999 Tahia’s dedication and flair for creating elegant Tahitian Pearl jewelry pays off. Tahia’s team expands and they open a larger boutique in Haapiti, Moorea. This location became our Flagship Shop and headquarters.

From 2001 to 2006 As Tahia continues to elevate her designs to extraordinary levels, her talent starts to receive worldwide recognition, earning her international awards for her jewelry. Simultaneously, Tahia Exquisite Tahitian Pearls refines its customer service with offices in the United States, Europe and Asia. The company has become the preferred supplier of Tahitian Pearls to cruise ships visiting French Polynesia.

July to October 2006 Tahia Exquisite Tahitian Pearls expands its reach to the islands with two new openings in the legendary Hotel Bora Bora and in Papeete, Tahiti.

2007 to 2014 Tahia Exquisite Tahitian Pearls manages a boutique at the Intercontinental Thalasso Hotel in Bora Bora.

2008 Tahia Exquisite Tahitian Pearls opens a boutique in the main town of Vaitape in Bora Bora.

2012 Tahia Exquisite Tahitian Pearls opens a boutique at the Bora Bora Pearl Beach Resort & Spa hotel while launching “TRESORS by Tahia”, a gift shop located at the heart of the Maharepa shopping district in Moorea. TRESORS came about after Tahia felt a market need for artisanal creations with a more casual feel. This opening allowed her to expand the breadth of her creations, while still incorporating her signature Tahitian pearls as well as other local materials such as shells and wood.

November 2015 Tahia and her life partner Raimana venture into the world of local art with the opening of Manua Exquisite Tahitian Art gallery in Papeete. Together, they share their passion for outstanding Polynesian art. The gallery highlights the work of local Polynesian artists and is a must-see for art lovers everywhere.

January 2016 Opening of Tahia Exquisite Tahitian Pearls’ sister brand, Manua Pearls boutique in Papeete. Through Manua Pearls, Tahia offers a different selection of designs, simple yet elegant. This allows for a greater variety of pearl jewelry so there is truly something for everyone. 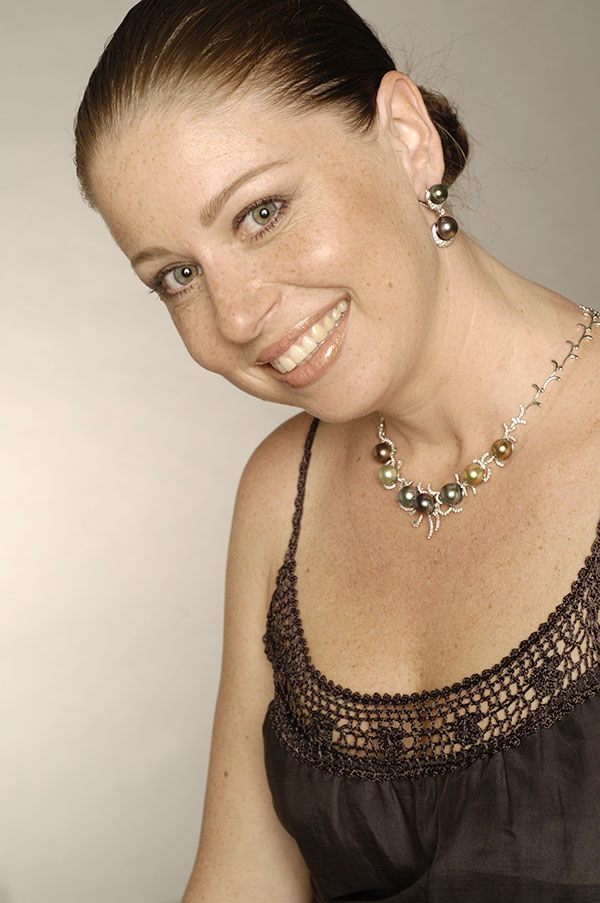 Tahia lives and breathes pearls- she loves them with a deep and contagious passion. It’s this kind of limitless devotion, paired with her intuitive business acumen and penchant for perfection, which sets Tahia Exquisite Tahitian Pearls apart.

Thus, the rich history and heritage of Tahia Exquisite Tahitian Pearls will go on as our team continues to raise the bar by offering the finest, highest quality jewelry we are known for. But please, don’t take our word for it; come see for yourself.

Tahia Pearls uses cookies to help our site work, to understand how it is used, and to tailor the adverts presented on our site. By clicking "Accept" below, you agree to us doing so. You can read more by reading our privacy policy. Or, if you do not agree, you can click Cookie Settings to access other choices. Cookie Settings

Tahia Pearls ships worldwide and all our jewelry is delivered straight from our stores in Tahiti, French Polynesia. For more
information on our ONLINE PURCHASES TERMS & CONDITIONS, please click on this link “our conditions“.

Your pearls will be delivered in a beautiful TAHIA jewelry box, ready to gift along with a care kit containing instructions on how to look after your pearls and a soft cloth to clean them.

All prices displayed on our website are in euro (EUR) and tax-inclusive. Shipping costs vary based on the carrier, on your location and will be added to your total at checkout. We will provide an estimate exchange rate in USD on your receipt. Note that your bank may use a different conversion rate at the time of transaction.

All purchases come with our Certificate of Authenticity and origin, which guarantees that the pearls you receive have a minimum nacreous thickness of 0.8mm, that they are of 100% natural color and are genuine cultured pearls from French Polynesia. Each certificate is signed by one of our pearl experts, and details the pearl’s quality, shape and size. 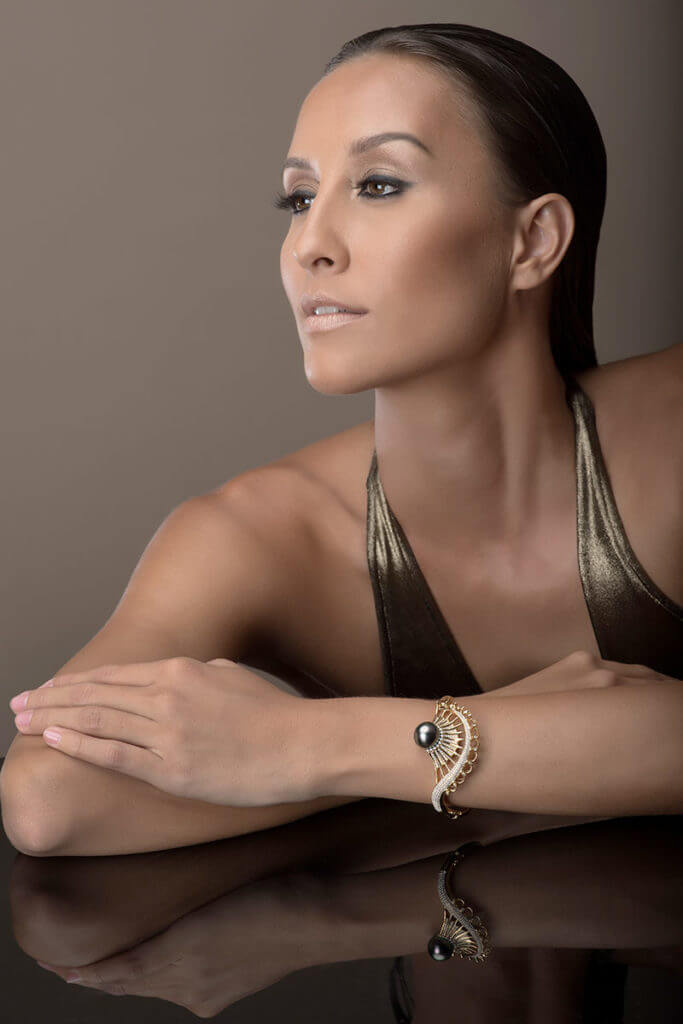 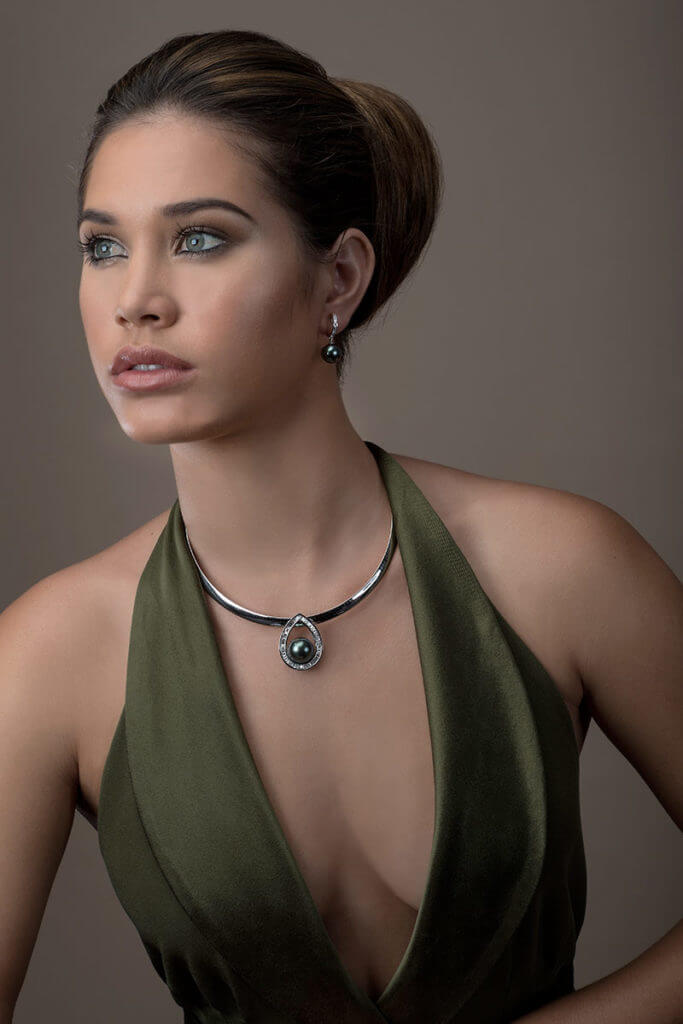 Pendant, earrings and omega chain in 18 karats white gold and diamonds. Also available in 18 karats yellow gold. The “Queen of Joy” is an emblematic TAHIA design. It is the essence of finesse and harmony between the precious Tahitian Pearl and baguette-cut diamonds.

Tahia logo Tahitian Pearl multi-colored silk ribbon bracelets. Also available with an engraved mother of pearl. They can be worn as a bracelet or a choker necklace and can adapt to your casual wear just as much as your evening dresses. 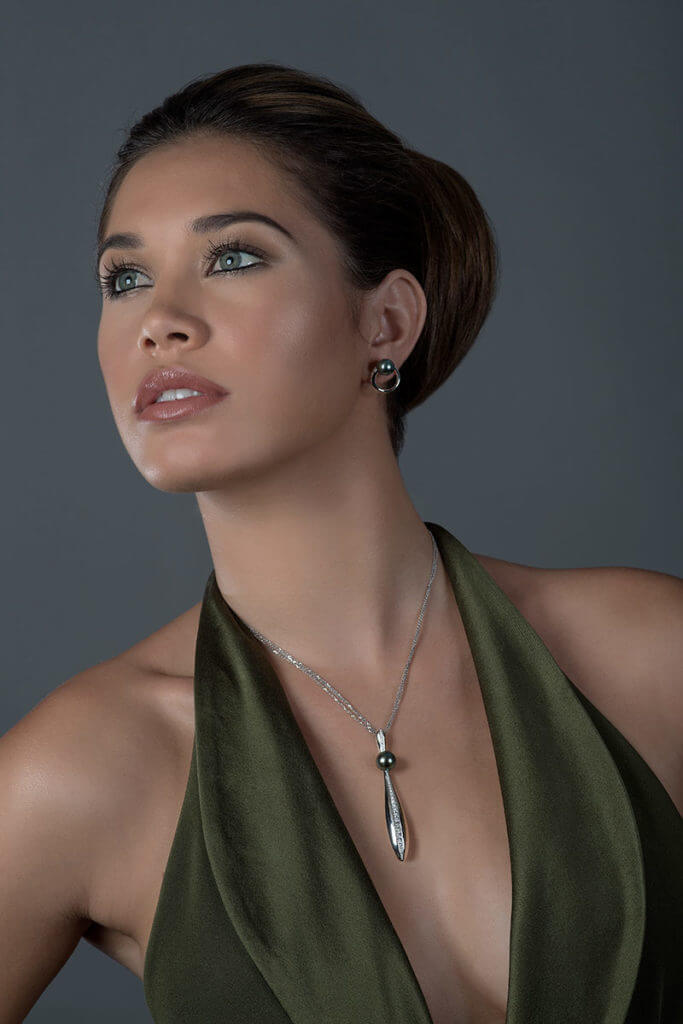 Earrings and necklace in 18 karats white gold and diamonds. “Radiance Fantasy” is a timeless collection and of whose design brings a contemporary touch. 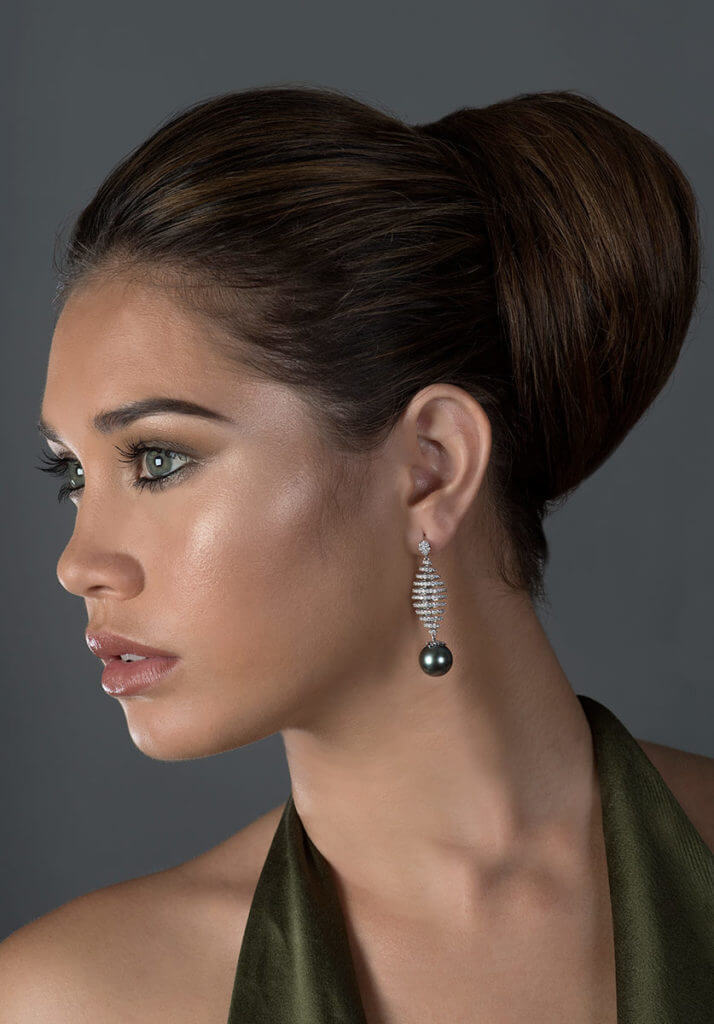 The “Coils of Eternity” are Tahitian Pearl earrings in 18 karats white gold. They represent the promise of an endless love. Also available in 18 karats yellow gold. 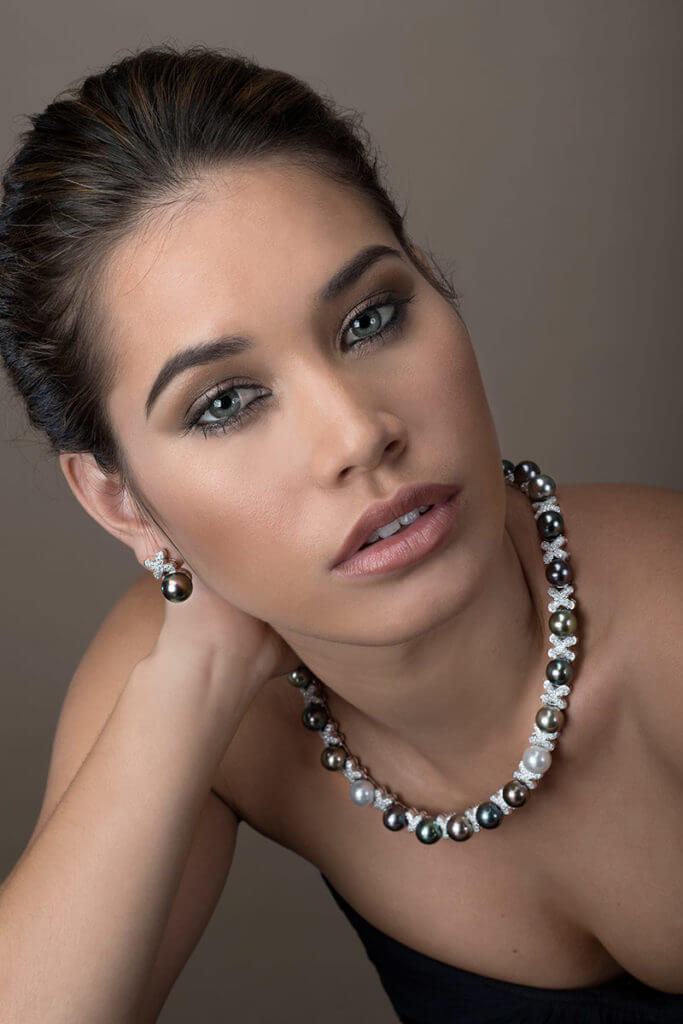 Tahitian Pearl necklace and earrings in 18 karats white gold and diamonds. Love is a precious vertue. It is the evidence of a deep affection. This unique design embodies love and passion, a relationship pearls and diamonds have by nature. The pearls with multiple colors are strung together and bound by diamond separators. XO is the tenderness of a passionate kiss. 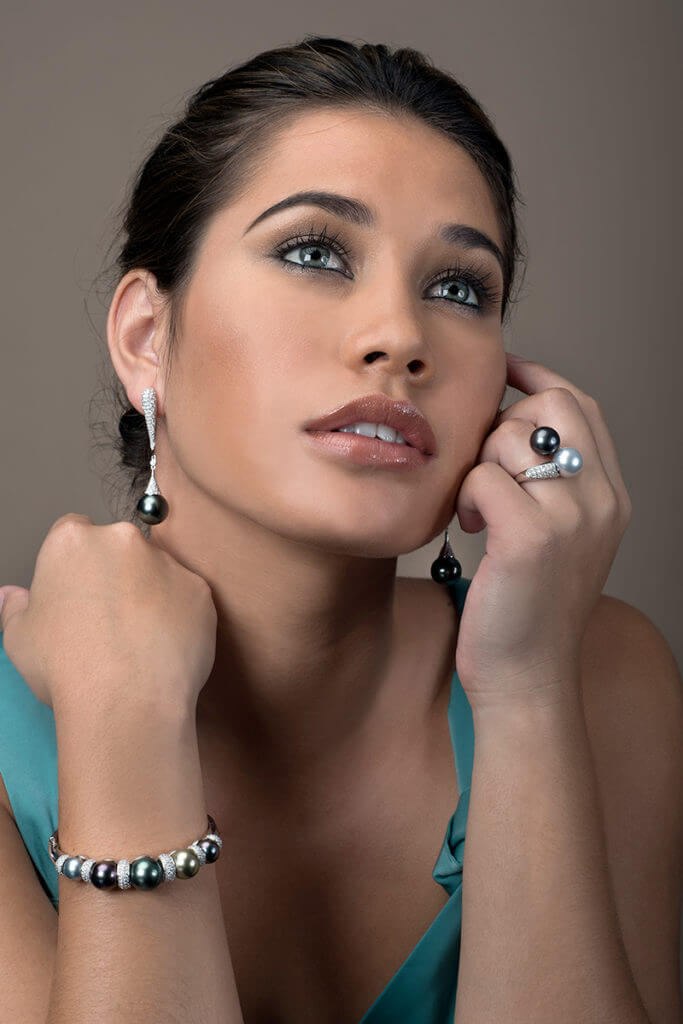 18 karats white gold and diamonds set. “Pearls & Diamonds Sparkle” is a collection that sublimates the various colors of Tahitian Pearl with precious diamonds. 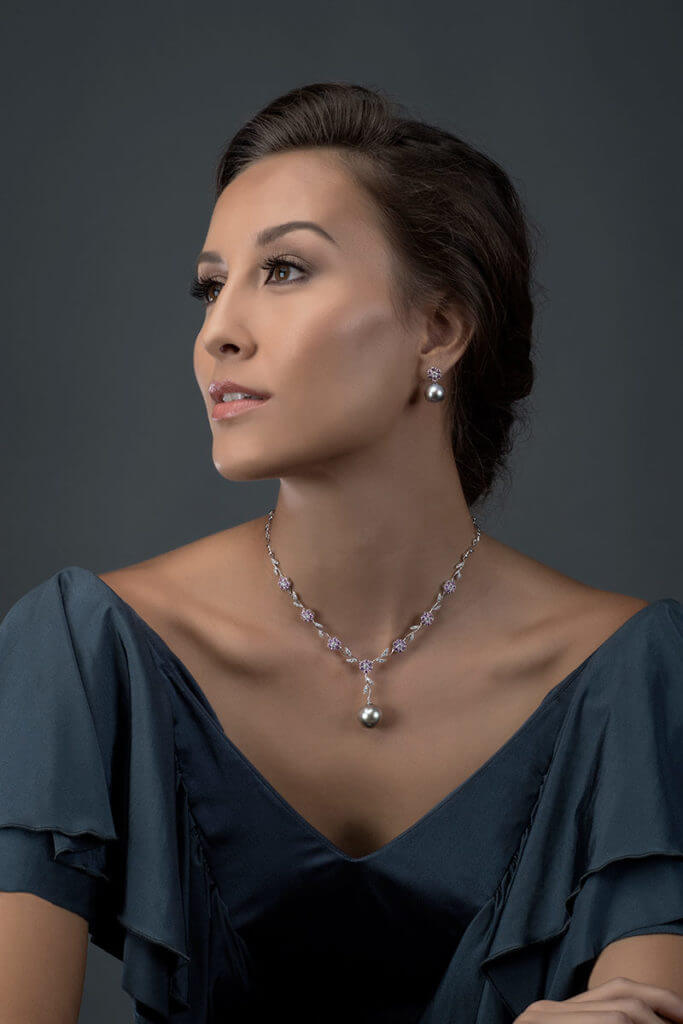 Tahitian Pearl necklace in 18 karats white gold, pink sapphires and diamonds. Brings freshness and delicateness to your outfits. Also available in blue or yellow sapphires or simply in diamonds. 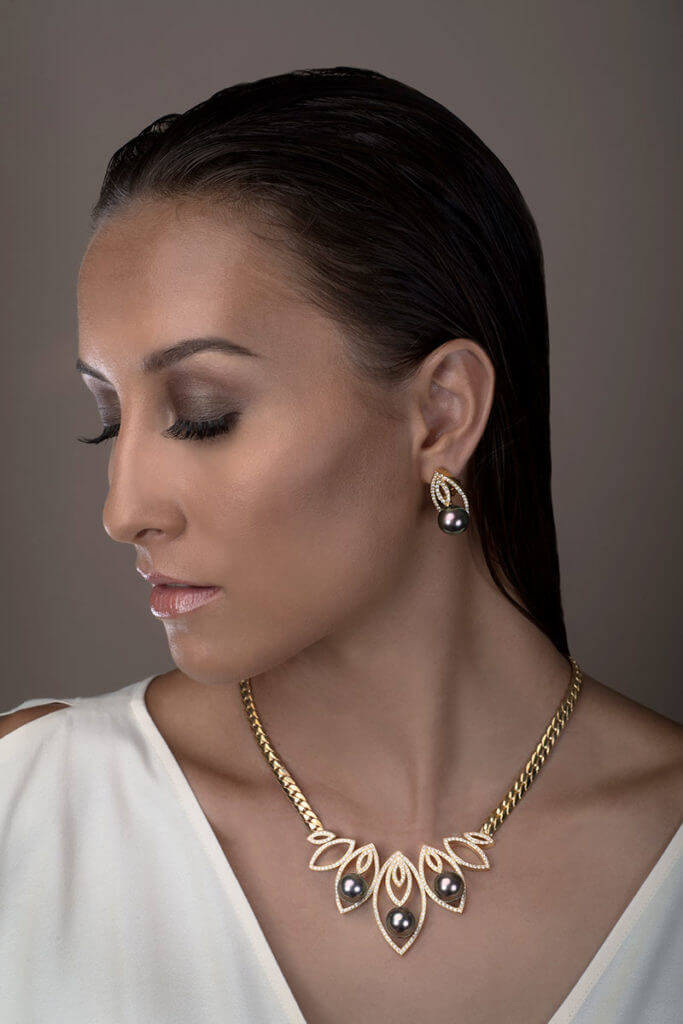 Tahitian Pearl necklace and earrings in 18 karats yellow gold and diamonds. The “Morning Mist” collection is a reminder of the natural beauty of things. Combining a thought towards the local flora and our precious marine ressources, this set will enhance your outfits. The pearls are highlighted by the yellow gold and the diamonds in a unique and remarkable fashion. 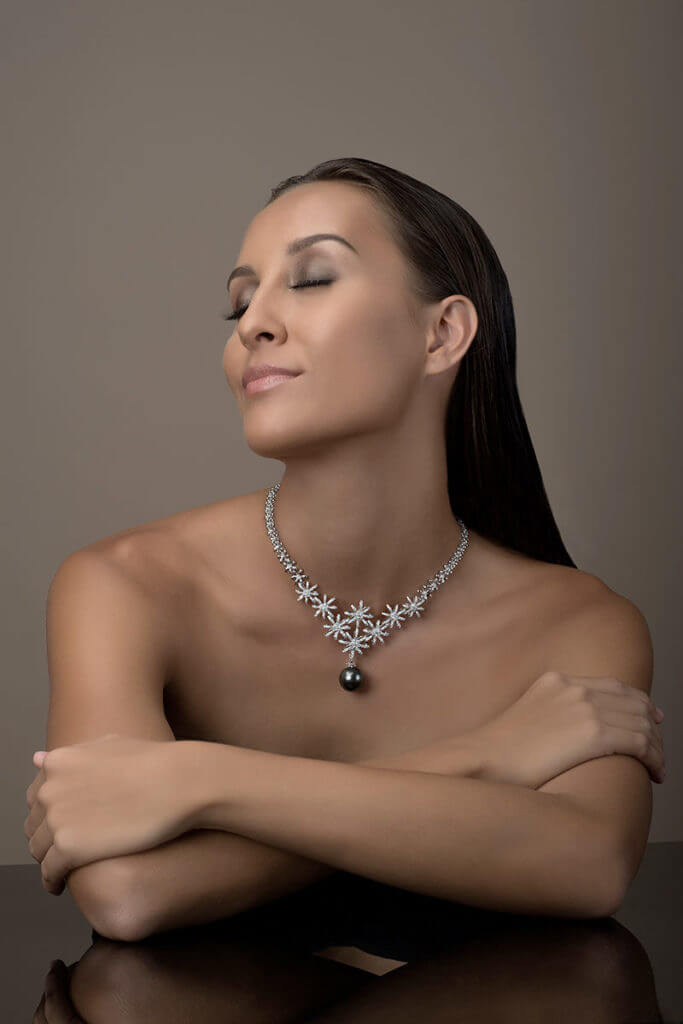 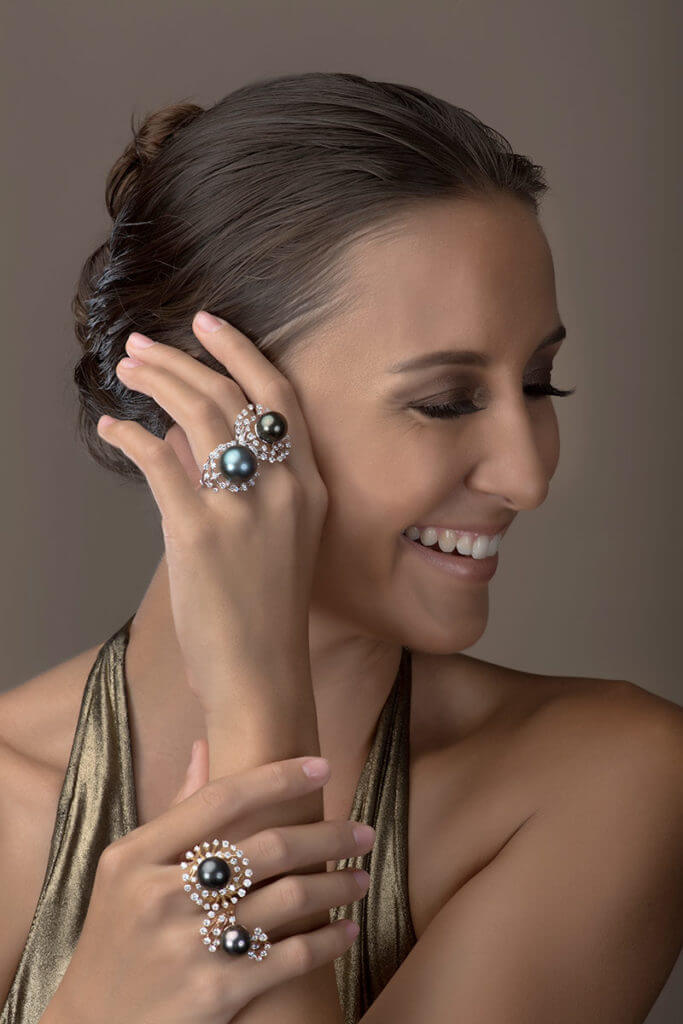 Tahia’s “coup de coeur” rings collection.
Tahitian Pearl rings in 18 karats white, rose or yellow gold with diamonds. The light effects reveal the natural beauty of things around us and plays on the delicate mariage of pearls & diamonds. The subtlety of the diamonds that embrace the pearl on each ring makes for a delicate and fine design. 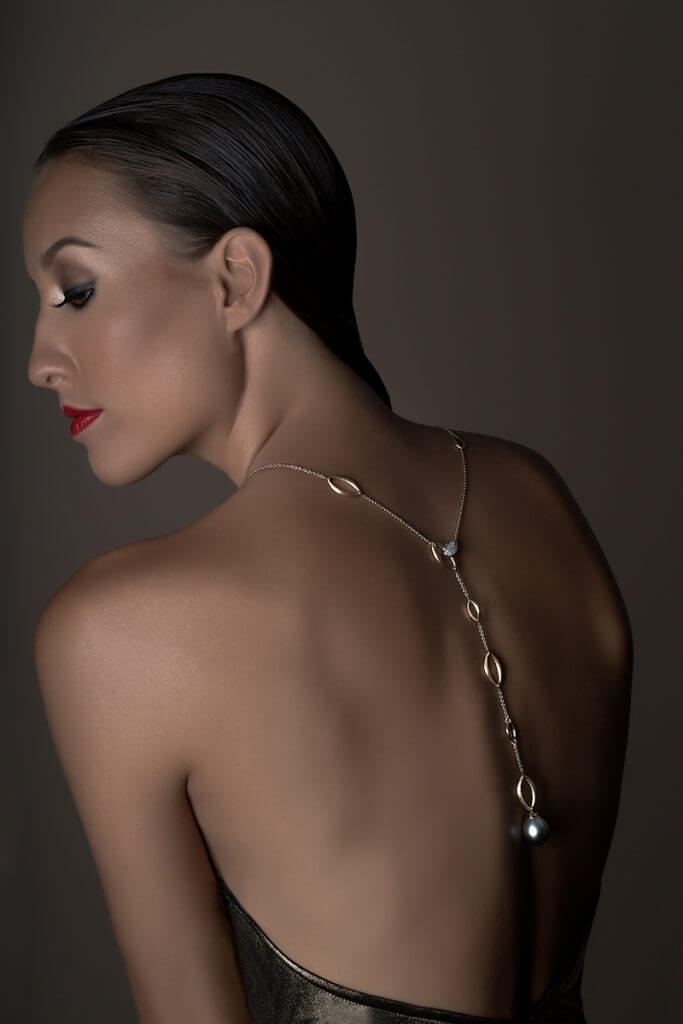 “Graceful” collection sautoir necklace set in 18 karats white and yellow gold. This elegant necklace is a play on colors and geometrical shapes that highlight the Tahitian Pearl.